Convolutions are one of the most fundamental building blocks of many modern computer vision model architectures, from classification models like VGGNet, to Generative Adversarial Networks like InfoGAN to object detection architectures like Mask R-CNN and many more. While these and other deep learning models have shown to perform exceptionally well in their particular task, they also take notoriously long to train on conventional hardware (CPUs). To fit training within reasonable time frames, you’ll probably need access to at least one GPU. Luckily, most popular deep learning libraries have support for GPUs. If that is the case, you’ll often find that the core convolution primitives are not implemented by those frameworks themselves, but outsourced to one particular library: cuDNN.

CuDNN is a closed-source low-level library for deep learning primitives developed by NVIDIA. These primitives include operations like convolutions, activation functions like sigmoids or rectified linear units as well as pooling operations. All of the major deep learning frameworks like TensorFlow, Caffe2 or MXNet base many of their GPU kernels on cuDNN. In this post, I’ll walk you through the implementation of a basic convolution operation with cuDNN. Given that the library is very low-level, this is quite a lot more work than you’d expect.

To execute the code I’ll discuss in this post, you will need access to an NVIDIA GPU. If you don’t have one yet, I recommend grabbing a Titan X if you have a spare wad of cash lying around, or a cute little Jetson TX2 which you can get for \$300 if you’re a student and for around $600 otherwise. Whatever your device, it will require a compute capability of at least 3.0 to run cuDNN kernels. You’ll also need the cuDNN library, which you can download here.

CuDNN is a CUDA library that abstracts various high performance deep learning kernels, such as convolutions or activations. The basic programming model consists of describing the operands to the kernels, including their shape and memory layout; describing the algorithms we want to perform; allocating memory for cuDNN to operate on (a workspace) and finally executing the actual operations. Even though the bulk of the work is hidden behind functions, we’ll still need to perform one or the other cudaMalloc, cudaMemcpy and other low-level CUDA operations ourselves.

The basics out of the way, let me now walk you through the code for a basic cuDNN convolution operation. We begin by including the necessary header and creating an object of cudnnHandle_t type, which will serve as a sort of context object, connecting the various operations we need to piece together for our convolution kernel:

One thing to note is that cudnnCreate, like all other cuDNN routines, returns an error code of cudnnStatus_t type. As such, it makes sense to define a macro that checks this status object for any error condition and aborts the execution of our program if something went wrong. We can then simply wrap any library function we call with that macro:

For the remainder of the tutorial, I will assume we’re dealing with a single image object loaded using OpenCV. You can use this function to load such an object:

Next, we need to describe the three data structures that participate in the convolution operation: the input tensor, the output tensor and the kernel tensor. CuDNN provides quite a lot of flexibility for to the description of tensors. This is particularly important when it comes to the memory layout, which can be either NHWC or NCHW. In either of these two formats, N specifies the batch dimension. CuDNN generally allows its operations to be performed on batches of data (often images), so the first dimension would be for individual images. H and W stand for the height and width dimension. Lastly, C is the channels axis, e.g. for red, green and blue (RGB) channels of a color image. Some deep learning frameworks, like TensorFlow, prefer to store tensors in NHWC format (where channels change most frequently), while others prefer putting channels first. CuDNN provides easy integration for both layouts (this sort of flexibility is one of its core selling points). Let’s take a look how to describe the input tensor, which will later on store the image we want to convolve:

The first thing we need to do is declare and initialize a cudnnTensorDescriptor_t. Then, we use cudnnSetTensor4dDescriptor to actually specify the properties of the tensor. For this tensor, we set the format to be NHWC. The remainder of the options tell cuDNN that we’ll be convolving a single image with three (color) channels, whose pixels are represented as floating point values (between 0 and 1). We also configure the height and width of the tensor. We do the same for the output image:

Leaving us with the kernel tensor. CuDNN has specialized construction and initialization routines for kernels (filters):

The parameters are essentially the same, since kernels are small images themselves. The only difference is that the batch_size is now the number of output channels (out_channels) or feature maps. Note, however, that I’ve switched the format argument to NCHW. This will make it easier to define the kernel weights later on.

With the parameter description out of the way, we now need to tell cuDNN what kind of (convolution) operation we want to perform. For this, we again declare and configure a descriptor, which, you may notice, is an overarching pattern in cuDNN code:

If you’re unfamiliar with the common hyperparameters (read: knobs) of convolutions, you can find out more about them here. If you’re a pro at convolutions, you’ll understand that the first two parameters to cudnnSetConvolution2dDescriptor after the descriptor control the zero-padding around the image, the subsequent two control the kernel stride and the next two the dilation. The mode argument can be either CUDNN_CONVOLUTION or CUDNN_CROSS_CORRELATION. These are basically the two ways we can compute the weighted sum that makes up a single convolution pass – for our purposes (and convolutions in CNNs as we know them) we want CUDNN_CROSS_CORRELATION. The last argument is the data type we’re operating on.

Ok, are we finally done? Why is this so much code compared to tf.nn.conv2d? Well, the answers are (1) no and (2) because we’re many layers beneath the level of abstraction we usually enjoy working with. We need two more things: a more detailed description of the convolution algorithm we want to use and the physical memory to operate on. Let’s begin with the first:

Here, we pass the descriptors we previously defined, as well as two further very important arguments: a preference for the kind of algorithm we want cuDNN to use for the convolution as well as an upper bound on the amount of memory available for the convolution. The latter we can set to zero, if we don’t have a limit. The former can be one of a few choices. Above, I specify CUDNN_CONVOLUTION_FWD_PREFER_FASTEST, which tells cuDNN to use the fastest algorithm available. In memory constrained environments, we may instead prefer CUDNN_CONVOLUTION_FWD_SPECIFY_​WORKSPACE_LIMIT and then specify a non-zero value for the memory limit. After the call to cudnnGetConvolutionForwardAlgorithm returns, convolution_algorithm will contain the actual algorithm cuDNN has decided to use, for example

You can have a look at this paper if you’re interested in different algorithms and implementations for convolutions.

Next, we ask cuDNN how much memory it needs for its operation:

Note that I got the batch_size, channels, height and width variables from the cudnnGetConvolution2dForwardOutputDim function, which tells you the dimension of the image after the convolution. I omit it here because it’s already a lot of code and the output dimensions are identical to the input anyway. The kernel we’ll want to first allocate and populate on the host and then copy to the GPU device:

Can you guess what that kernel does? Read on to find out!

At last, we can perform the actual convolution operation:

Here, alpha and beta are parameters that can be used to mix the input and output buffers (they’re not really useful for us). The rest of the parameters are basically everything we declared and configured up to this point. Note that the d_workspace is allowed to be nullptr if we pick a convolution algorithm that does not require additional memory.

The only thing left to do at this point is copy the resulting image back to the host and do something with it. We also need to release any resources we allocated, of course:

Here is a function you can use to save the image:

Nearly 200 lines later, we have our basic convolution operation in place. So let’s try it out! You can compile this code using a Makefile like this:

Where I’m also linking in OpenCV to load and store the image we’re convolving. You should set CUDNN_PATH to your CUDNN installation directory to make successfully. Once built, you could, for example, convolve the TensorFlow logo: 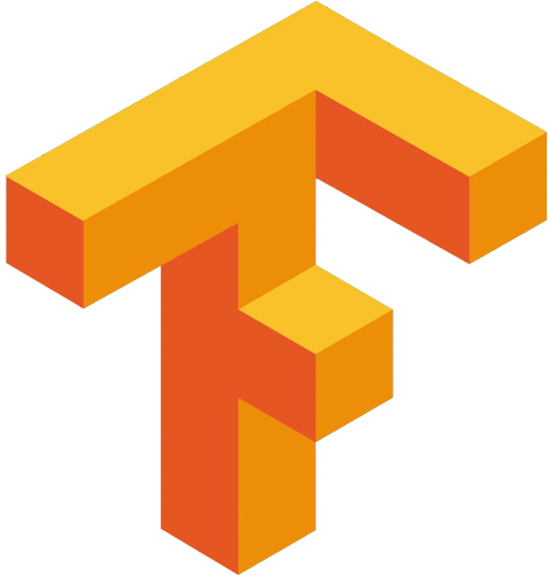 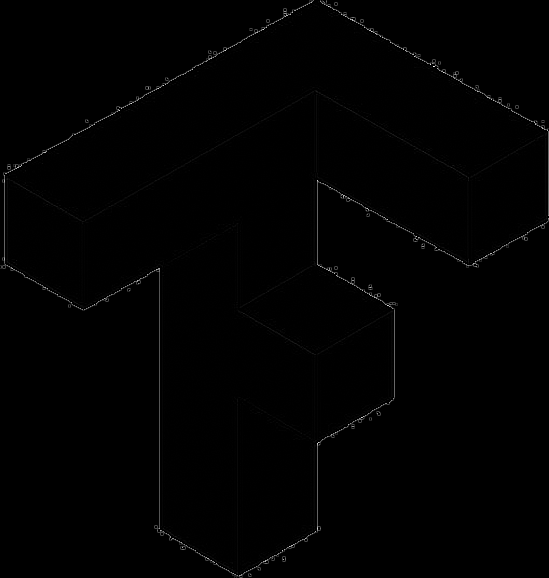 a convolved TensorFlow logo. Hooray! As you can see, the kernel I used in this example is a basic edge detector.

I mentioned that besides convolutions, cuDNN also has efficient implementations of activation functions (both forward and backward passes). Here is an example of how you’d add a sigmoid pass to the convolution code so far:

In this post I outlined the minimal steps required to perform a convolution with cuDNN, NVIDIA’s high performance library for neural network primitives. The one thing you should notice is how much effort it was to get a basic convolution working. This might indeed seem bad, but remember that cuDNN is not intended to be a high-level, user-facing library. It is intended to be a building block for deep learning frameworks like Caffe2 or TensorFlow, who then add a nice API on top of it, often even in a higher-level language like Python or Lua. Nevertheless, you may be one of the lucky people who gets to hack on deep learning framework backends. In that case, I hope this post was useful to get an idea how to perform a basic convolution with cuDNN. You can find the complete code in this Gist here.